In my last www.CMG.org paper "AIX frame and LPAR level Capacity Planning. User Case for Online Banking Application" I have demonstrated how to analyze AIX server based application performance by exceptions (including IT-Control charting). 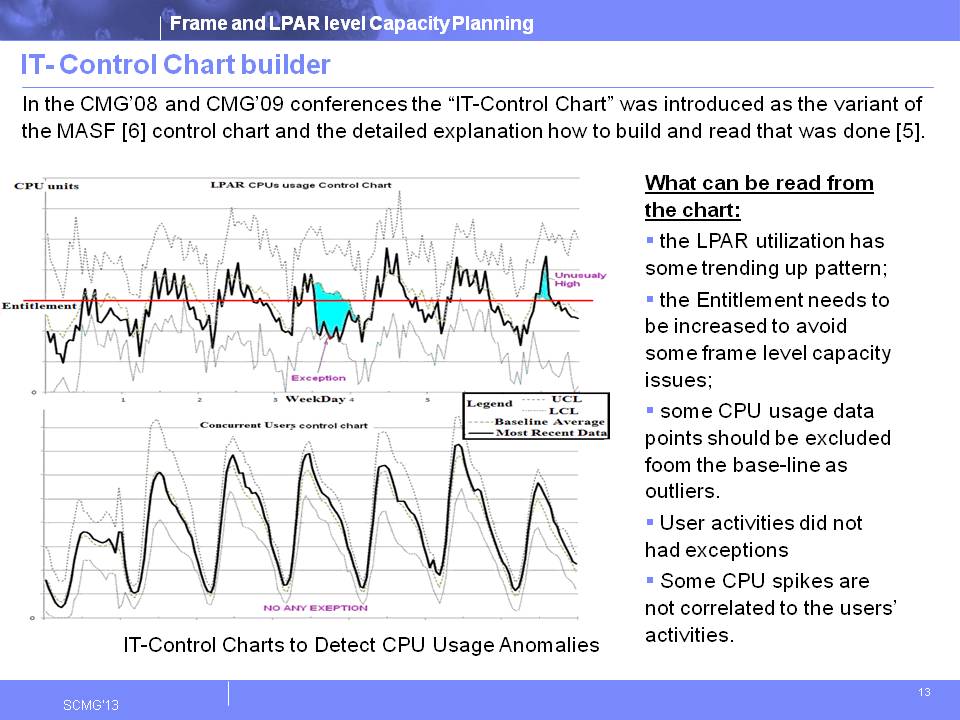 But what type of server performance data I used for that? NMON data. And how to process that data? I would recommenced to use SAS and MXG -  that is the way,  if you are lucky to have access to SAS and MXG tools ...

Below are a few hints for readers who want to try to set up MXG to process NMON data.

How to set up and run MXG against AIX nmon data is documented in the following useful ppt document http://mxg.com/downloads/chuck/mxgtoolmagic.ppt that has ASCII installation and tailoring instructions starting from page 16.

-        There is also install.sas document inside of MXM package .../mxg/sourclib that has the following instructions regarding ascii installation:

Instead of JCL Procs, it is the AUTOEXEC.SAS file that conrols and
sets up the MXG environment.  You will need to copy and EDIT the MXG
example autoexec for the directory names, etc., for your platform
AUTOEXEC  -   SAS - Windows
AUTOEXEU  -   SAS - Unix
AUTOEXEW  -   WPS - All ASCII
into the your SAS root directory, if all users are MXG users, or you
can add the -autoexec option to the start-up icon, or in batch, use
sas -autoexec 'c:\mxg\userid\autoexec.sas' ...

Last thing is to use SAS /IML with R to build control charts (HERE hints how to do that) or if you have SAS/Graph - HERE is how to use that.

Good luck! And put you questions to comments!

Posted by Igor Trubin at 2:22 PM No comments:

R script to run in SAS: one more way to built IT-Control Chart

Sure SAS and SAS/GRAPH is good to plot (control) charts. See example here, But if you are a R lover you can also submit R script in SAS to do any analysis or charting you want. How?

SAS 9.3 can be used to run R scripts and packages within SAS/IML proc. To do that the following needs to be done:


1. Check if your SAS instance support R language. Just submit "proc options option=RLANG; run;" and check the sas log. If that is not supported, do next:
2. Add the following line at the end of the config file:
C:\Program Files (x86)\SASHome\SASFoundation\9.3\nls\en\sasv9.cfg


The code is similar to the one I published in my other post here. And below is the result: